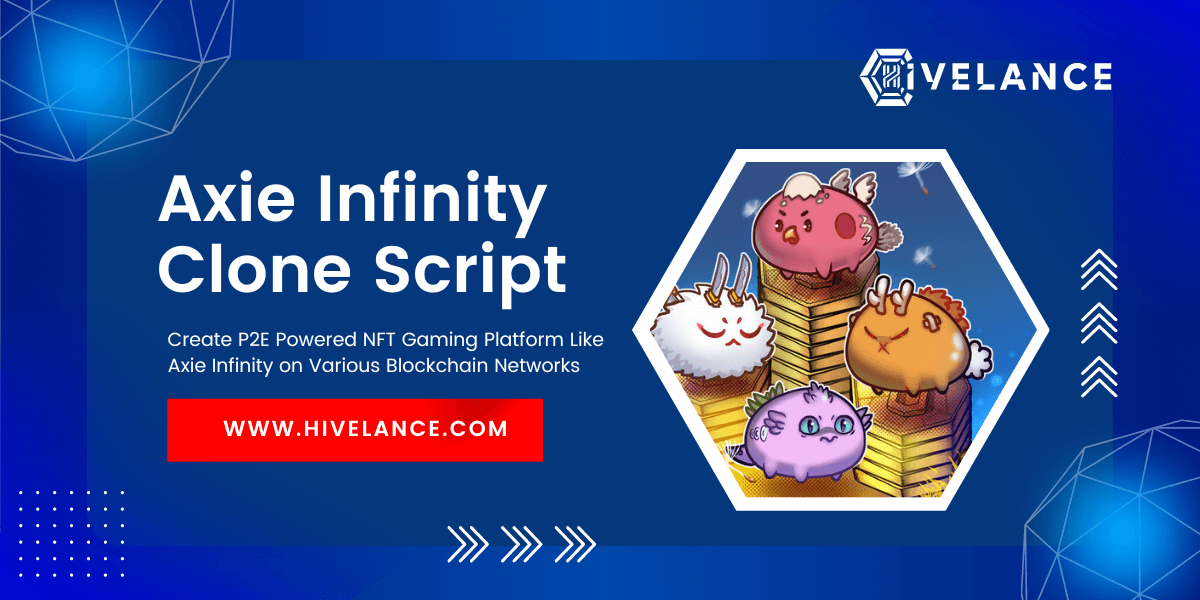 The axie infinity clone script is a ready-made NFT-based P2E game website script that allows you to build an NFT gaming platform similar to axie infinity. It has pet games. Axie Infinity, a popular game with features including those that let users trade, play, battle, and breed, is built on the Ethereum blockchain, which ensures great reliability.

The standout from 2021 will be the blockchain P2E game Axie Infinity. In reality, the game has become fairly popular in places like the Philippines and Vietnam, where it gives players a means of support.

The most played Ethereum game, according to active users, is Axie Infinity. Players in Axie are compensated according to how much they contribute to the network, which sets it apart from other blockchain games.

The Pokémon Axie Infinity was created on the blockchain. A pet breeding game with a focus on combat dominates the game's gameplay. To begin playing the game, the players must purchase three characters. Additionally, they continue to play the game while receiving a large portion of the platform's revenue.

It should be mentioned that Axie Infinity is essentially a play-to-earn game built on the Ethereum platform. But in order to get around Ethereum's gas and scalability problems, it specifically constructed a side-chain called Ronin. To prevent future problems with gas fees when using the Axie Infinity Clone Script, one must make sure the right side chain is chosen.

What Technology Is Underpinning Axie Infinity?

The Axie Infinity platform is built on top of the Ethereum blockchain. Ethereum, which is unusable, is the platform used to develop the majority of blockchain games. A decentralized blockchain is not necessary for the Play to Earn concept. On the Axie platform, it is committed to introducing decentralized apps.

The goal of the Axie Infinity game is to give players a gaming atmosphere. a system that gives them complete decentralization The idea of "playing only to earn" is eliminated. Axie inifinity uses Unity gaming engine to develop its gameplay and mechanics. The smart contract is used to facilitate the NFT token transactions for buying in-gamne assets.

How to Create Play-to-earn NFT game like Axie Infinity?

An Axie Infinity Clone Script is a piece of white-labeled code that may be used to create a game that is identical to Axie Infinity rapidly. The code is adaptable and reduces the game's overall development time to 7–10 days. Thus, a competitive game can be offered on the market with a few minor adjustments and customizations.

The Axie Infinity Clone Script is a big game with plenty of characters and regular upgrades that make it easier for players to utilize. Users can purchase each character for a sizable amount of ETH.

What essential features ought to be built into the Axie Infinity Clone Script?

Before we go into the script's fundamental functions, we need to grasp the gameplay and its features.

The collectibles that take part in gameplay in the Axie Infinity game are called Axies. These resemble the player's pets in many ways. To begin playing, you need at least three axes. However, this can be altered while creating your game. Each Axie has six bodily components, four stats, and the ability to change these according to the clone script. In essence, these physical characteristics and data aid in determining which Axie is stronger. The cost of each Axie is therefore determined by this.

The platform Axie Infinity is built on combat. Your Axies must engage the opponent's Axie in combat. Your Axie's ability to combat the opposition Axie is dependent on the stats that it possesses. The Axies with better and higher stats are more expensive than the others.

The territory owned by Axie is known as Lunacia and is broken up into tokenized plots. The Axies find shelter on these tokenized plots of land. Better sheltering lands are typically more expensive than the others and can be used to produce AXS tokens.

One of the most crucial components of the game is axie breeding. When Axies with different stats were crossed, a new Axie was created that might be superior to the others and could improve players' gaming. The newly bred Axies can also be sold by the players in the market.

There is an in-game marketplace in Axie Infinity, and it has been found that games with their own marketplace do better overall. New Axies can be bred by the players and sold in the market. This feature will also be present in the script clone of Axie Infinity.

There is a dual-token model at Axie Infinity. SLP and AXS. While SLP, an ERC-20 token used to breed Axies, serves as the game's currency, AXS is a governance token.

What features are included in the Axie Infinity Clone script?

The clone script will have various admin and player features.

If you want to create a game similar to Axie Infinity, we can assist you in doing so on more scalable blockchains like Tron, Polygon, Binance Smart Chain, and Ethereum. This guarantees that you won't need a side-chain like Ronin to manage gas prices. Our Axie Infinity clone script is very adaptable, and owing to our experience, the development is of the greatest calibre.

Hivelance is a leading NFT Game Development Company having 10+ years of experience, we design and develop the axie infinity clone script with attractive features and functionalities. Being an experienced company we can assure the security of the platform at the highest level.

Our skilled NFT Game developers build games using cutting-edge technologies and tools. Our white label Axie Infinity Clone Script is 100% customizable that allows you to tailor the P2E NFT game as per your business needs. This enables Startups and Entrepreneurs to quickly launch their own P2E NFT game similar to Axie Infinity. As an experienced company we can deliver the project on time with affordable price.

What is Axie Infinity Clone script?

The axie infinity clone script is a ready-made NFT-based P2E game website script that allows you to build an NFT gaming platform similar to axie infinity. It has pet games. Axie Infinity, a popular game with features including those that let users trade, play, battle, and breed, is built on the Ethereum blockchain, which ensures great reliability.

What game engine does Axie Infinity use?

Axie Infinity game is develope using the Unity game engine and delpoyed on the Ronin network which is the Ethereum linked side-chain.

Does Axie Infinity still use MetaMask?

Is it possible there to add a custom feature in Axie Infinity clone script?

Obviously, you can add any customized features in the Whitelabel Axie infinity clone script we provide.

What is Axie breeding?

Axie breeding is the game mechanics that allows players to breed their pets with custom mated genetics. The newly breeded axie pets can be fused with more power to win against the powerful battlers. 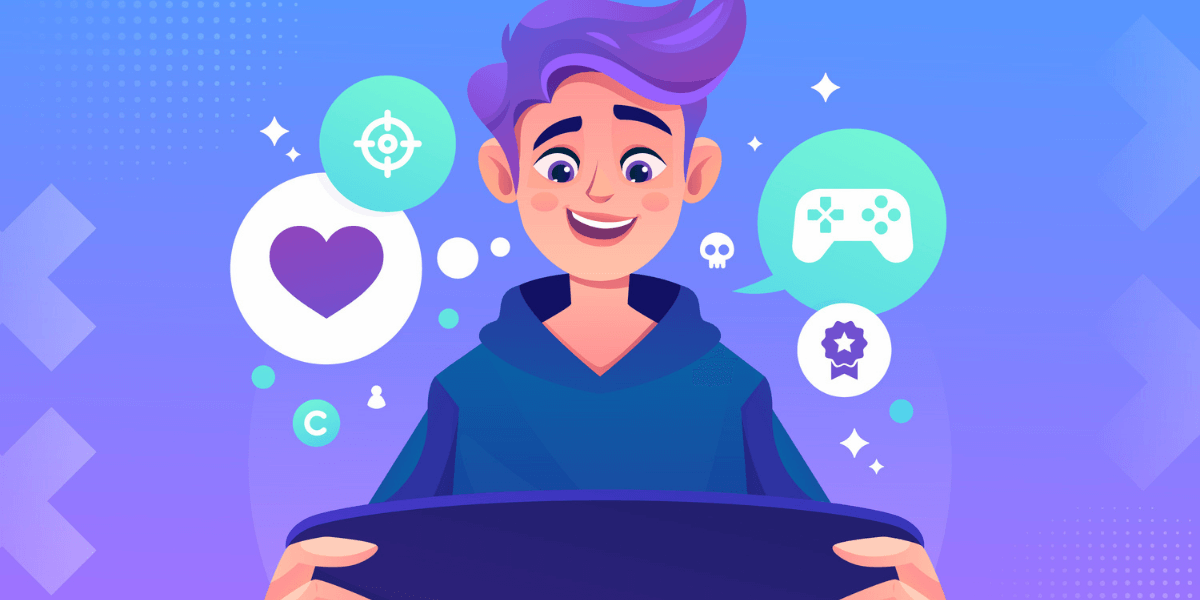